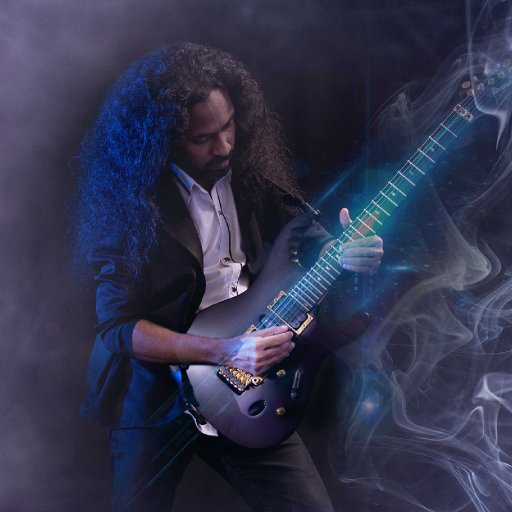 Click Here For Help Streaming On Chrome
Maldives   www.shahydlegacy.com   joined July 02, 2017
Shahyd Legacy, or most well known as the Lead Guitarist of Sacred Legacy, made his musical entrance on to the stage late 2004 with his first band called...

Shahyd Legacy, or most well known as the Lead Guitarist of Sacred Legacy, made his musical entrance on to the stage late 2004 with his first band called “SYN”. But then we saw him take his music to a new level as he formed his own band the “SACRED LEGACY” in the year 2006. Also Released his 1st guitar solo album THE SACRED LEGACY in September of 2006. With his hard thrashing riffs and melodious solos Sacred Legacy became an instant hit amongst the rock music lovers. Along with Sacred Legacy Shahyd began his solo carrier as well, to become known as the “Legacy”. As his melodies demanded more attention than any small segment of a song can address, they were crying for a separate feel and a texture only a dedicated instrumental song can do justice to. Songs such as "Infinity", "god’s legend" and "before I die" became instant hits.

In 2012 and the years that followed, Shahyd focused more on his solo career, the result was "Nostalgia" a much more melodious release differing from his usual metal sound but to much commercial acclaim.

Resuming his work with Sacred Legacy, Shahyd released the bands 3rd album 'The Legacy Begins', a far cry from 'Apocalypse' in terms of production, musicality and quality. The album was a massive success amongst international metal communities which helped the band get signed with the German record label 'STF Records'. The band ended the year with a successful tour in Europe and Asia.

After gaining much international recognition for his guitar virtuosity, Shahyd released his 3rd solo album 'Through the ashes' in 2015. The album saw Shahyd return to his metal roots, with a more Technical approach to much acclaim.

In 2016, together with long time friends and music colleagues Shahyd co founded the band Gravity under Habeys Management. The band is currently the top rock/metal band in the Maldives, performing on the biggest local events and on international stages as well.

Shahyd is currently working on releasing his 4th Solo album as well as the debut album of Gravity.