Killing Time - Thrashed From The Vault Compilation - Reviewed by Contaminated Tones! Check it out here at this link: https://contaminatedtones.blogspot.com/2020/11/killing-time-thrashed-from-vault.html

Often, there is not much substance to a compilation; collections of disparate tracks from unrelated bands with no context uniting them beyond the umbrella term of 'Metal'. However, there are compilations which are deserving of deeper analysis whether it be for historical reasons, such as the Metal Massacre series, rarity and release-specific tracks, such as Born To Metalize or From The Megavault (both 80's comps those), or time and setting specialized comps such as Eastern Front - Live at Ruthie's Inn (necessary ownership and listening for fans of the west coast thrash scene of the 80's). Finding one which serves all three of these purposes is like stumbling upon the compilation equivalent of a pot of gold. Not only is the material offered on Killing Time one of the few places I've seen covering the late 80's Florida Thrash scene which was simply run over by the Floridian Death Metal juggernaut, and not only are there some tracks not available anywhere else or unlikely to be found due to demo and promotional tape rarity, and not only is this a re-release of a long-out of print compilation from the time period, but it is all of these in one. Thus, it is deserving of the attention of those self-ascribed metal scholars who hunt in all the crevices for the flecks of obscurity.

Killing Time: Thrashed From The Vault, released by Florida's own Thrashback Records, is a re-release of a 1992 compilation called Unsigned III: Killing Time. The tracks have all been remastered from original source tape. Unfortunately, three songs from the original were switched out for this release and I'm a little conflicted by this. The replacement tracks - those from Amboog-a-lard, Royal Anguish, and Final Prophecy are all great tracks and worthy of being excavated from the dusty shackles of oblivion, however gone are the original tracks from Unwillful Demise, Blind White, and More, bands which I can't find a single thing about anywhere. So for me, at least, these tracks are lost. The Amboog-a-lard and Final Prophecy tracks are not unique to this release and so, in my eyes, there may be a net-loss ultimately in some bizarre mathematical realm where compilations are judged by the availability of their otherwise disembodied contents.

For me, the fact that a great majority of these bands were entirely unknown was incredibly appealing. Other than Solstice who several years ago had a resurgence of interest which included local and national touring I had no listening experience with any of the bands. Raped Ape and Tempus Fugit were names I had seen in thank you-lists or old show flyers before somewhere. Otherwise, I was willingly oblivious and had no expectations of the quality of the material present. I'm by no means an expert on the late 80's early 90's Floridian scene beyond the inevitable accumulated historical influences. Being able to build on this knowledge of that period with this type of a release serves a major purpose to these type of compilations which might not get filled in otherwise. The inclusion of a small history for each band, as well as a central foldout of old show flyers is a perfect complement to this. If there were a little more information or anecdotes from the musicians themselves, that would have made the documentation in the booklet more fully rounded out.
Admittedly, there is some noticeable range in the quality present musically. Kryptic Kurse comes across as a mostly washed out hollow Anthrax clone to my ears or F.O.S.'s offering with too-thin guitars, mediocre riffs, and a vocalist who channels Bobby Blitz too closely for a Jersey guy like myself to find acceptable. Solstice's addition, "Netherworld" is not the best they could have offered for this compilation. Including a track like "Aberration" would have better solidified their place here as one of the most aggressive on the compilation. Instead, they are trumped in this regard by Malicious Damage's "Dead Cells." The final track, Sinful Lust's "Chemical To Chemical" is memorable, though not particularly exceptional in any way. It's a bit too groovy, showing the tendency of this fatal element to ruin thrash. Final Prophecy and Royal Anguish do not do much to impress here, and their video material on the accompanying DVD is the least interesting addition to an otherwise stellar addendum to the release.

But there are the bands which rise above the rest and deserve follow up as well. Amboog-a-lard, whose track "The Wounded" opens the compilation, are potentially worthy of hoisting into the same rafters as Morbid Saint. Raped Ape are impressive if only for the structurally unique drumming of JC Dwyer who, fifteen years later, found himself appearing on Icarus Witch's Capture The Magic, a record I hold in high esteem. "Crystal Blisters", Elysium's offering meanders into noticeably unique territory for the compilation with a prolonged classically influenced tapping solo skewing the track into stand-out territory. One of the release's best tracks is the inimitable technicality of Tempus Fugit's "Kick The Wind." Twisting meandering riffs and out-of-this-world high pitched vocals give nod to obscurities in the technical thrash realm such as Watchtower's Energetic Disassembly. The track is unique to this comp, and might be the real jewel in the chest, so to speak. Fatal Sin's track is along these lines as well and also a clear favorite.

Getting to the accompanying aforementioned DVD, which it seems is a common accessory with Thrashback Records releases, we are rewarded with material which is not available online it seems which is rare these days. I counted a handful of easily discoverable clips on Youtube, however there are segments and rehearsal video not uploaded for surface dwellers. The two hour long DVD has old live material and rehearsal footage from Amboog-a-lard, Elysium, Fatal Sin, Final Prophecy, Kryptic Kurse, Raped Ape, Solstice, Sinful Lust, and Royal Anguish. As a historical document, the live footage includes a young Jeordie White, who would become famous as Marilyn Manson's bass player Twiggy Ramirez, receiving an award for best rhythm guitarist at the first annual Slammies. Even more interesting, for me, was footage of Nicko McBrain delivering the Best Drummer award to JC Dwyer of Raped Ape. Raped Ape gets some of the best quality footage - you can see sweat dripping off Mike Pucciarelli's body in some clips - but the most impressive musically here is Fatal Sin. The band, also comparing to Watchtower or even a less death-metal oriented Hellwitch, is more impressive with their two songs not on the compilation. Their live footage here inspired me to go ahead and buy their recently released full discography compilation. from Thrashback Records. Ultimately, isn't that the purpose of a compilation such as this?

0
comments powered by Disqus
You May Also Like
CLUTCH SET TO RELEASE "THE WEATHERMAKER VAULT SERIES... 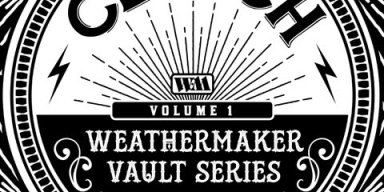 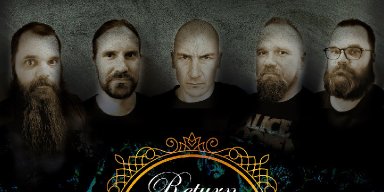 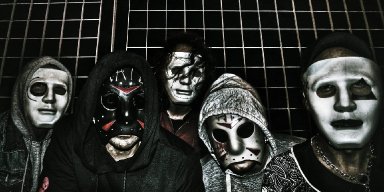 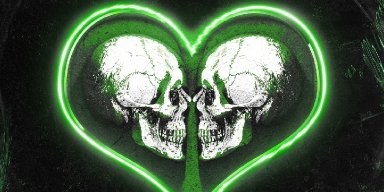 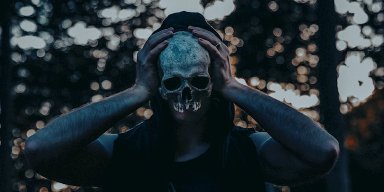 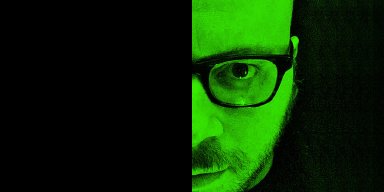 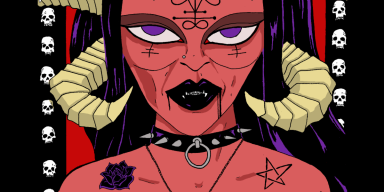 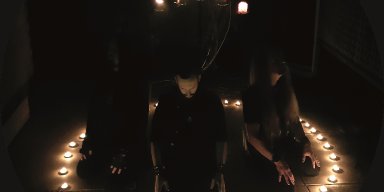