20 Buck Spin will officially issue the back-catalog for Finnish cosmic black metal outfit ORANSSI PAZUZU in the US for the first time, confirming stateside editions of the band's Muukalainen Puhuu MLP, Farmokologinen LP, and Kosmonument LP. All three records will be made available domestically in conjunction with the band's debut and only confirmed US performance at Maryland Deathfest.

Since 2013, Finland's ORANSSI PAZUZU has released two critically lauded full-length albums via 20 Buck Spin in North America, 2013's Valonielu and 2016's Värähtelijä. Both albums showed the boundless enormity and remarkable uniqueness that ORANSSI PAZUZU alone create. Are they a psych influenced black metal band or a black metal influenced psych band? No one knows for sure and it doesn't matter anyway. No other band can bend these genres into such an extraordinarily cohesive whole. For most in North America the ORANSSI PAZUZU black hole only came into focus with the latest two albums. However, the band had previously recorded and released two full-length albums and a split LP. With their growing reputation, the band's early releases have become increasingly high in demand. 20 Buck Spin now presents the band's back catalog on various formats domestically for the first time.

20 Buck Spin will issue ORANSSI PAZUZU's Kosmonument, Farmokologinen, and Muukalainen Puhuu on May 5th; preorders for all three are live at THIS LOCATION.
ORANSSI PAZUZU has confirmed a mass of widespread tour dates for the Spring season. Beginning April 19th, the band has a full month of European tour dates on Mental Possession MMXVII, including shows with Aluk Todolo, Cobalt, Wolves In The Throne Room, and many more, with performances at Doom Over Leipzig, Roadburn, SWR Festival and more through May 14th. Directly after this tour, ORANSSI PAZUZU will make their debut North American performance at this year's installment of Maryland Deathfest the weekend of May 25th through 28th. Additional European performances including Roskilde, Tuska, Flow, Midgardsblot Metal, and other festivals and more.

Muukalainen Puhuu is where the ORANSSI PAZUZU story begins. The 2009 debut album already reveals a band with a firm conceptual and musical mission. For most bands this album would be a seasoned, mature display of musical prowess only reached well into their life as a band, and yet for ORANSSI PAZUZU it's merely the first foray into the limitless expanse that they would come to command. Muukalainen Puhuu will now be made available domestically for the first time on CD, gatefold LP, and digital formats.

The Farmokologinen MLP contains ORANSSI PAZUZU's songs from a split album they did with Candy Cane in 2010 between the time of their first and second full-lengths. Four tracks and nearly twenty-seven minutes in length, even on a split album the band showcased their growing immensity and burning cold bleakness. Now released as a standalone ORANSSI PAZUZU release with all new artwork on 12" vinyl and digital formats.

The Kosmonument 2xLP from 2012 was another huge leap forward for ORANSSI PAZUZU, both musically and in terms of exposure. The band signed to UMG owned Spinefarm Records which the album still calls home today, however the vinyl edition, a sprawling triple gatefold double album with some of the most incredible artwork in the band's history, was only released in a small quantity in Europe with very few copies arriving in North America. Kosmonument will now see its first domestic vinyl release in the same deluxe format.

0
comments powered by Disqus
You May Also Like
Morbid Flesh - Rites of the Mangled, old-school... 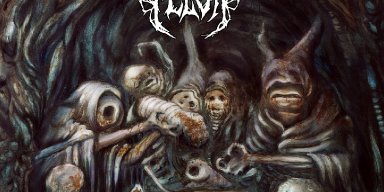 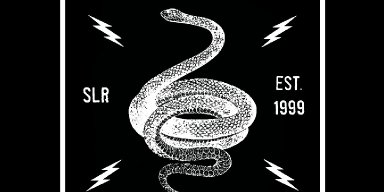 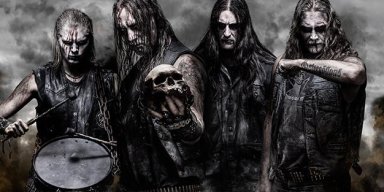 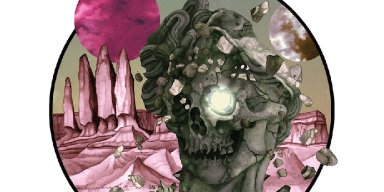 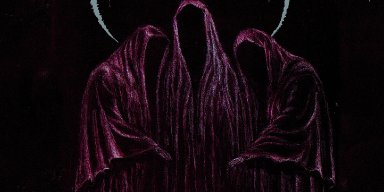 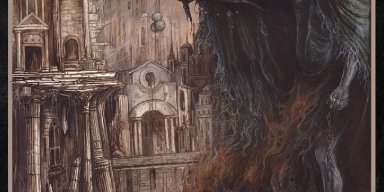 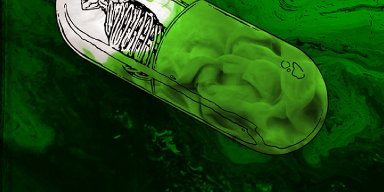 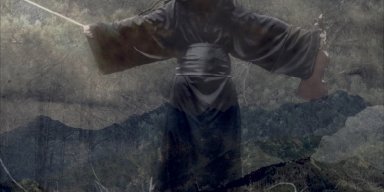