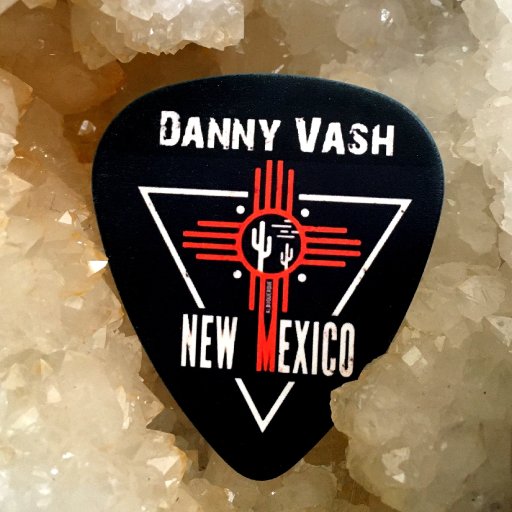 Danny Vash
@danny-vash
Tijeras   www.reverbnation.com/danny_vash   joined January 22, 2017
Danny Vash is a new kind of rock artist-thoughtful, multi-talented and confident. He has a relentless commitment and strong musical instincts to succeed. He...

Danny Vash is a new kind of rock artist-thoughtful, multi-talented and confident. He has a relentless commitment and strong musical instincts to succeed. He has been playing music since he was old enough to understand what it meant to him and how it intrigued him to make this noise come from this thing and it’s was musical and it sounded cool. He was eight when he started playing guitar. Danny is passionate and dedicated and feels a connection with music that can’t be duplicated by anything else he has experienced. He is accomplished guitar and bass player; he writes all his music and does his own vocals. His sound and style are a unique combination of many years perfecting to get that guitar sound.

Danny’s music career started to take off when he was 15. He was a member of the high school jazz band where he played bass. The band was chosen for a Europe Tour in which they competed in the “Paris Festival De Jazz.” The band went on to win the best high school band in the world. From there Danny expanded his journey and played in many successful Bay Area Rock and Metal Bands in California. He made several records with the popular bay area band “Bay Rum” and went on to release another album with a three piece project where Danny tried his talents as front man, lead guitar and vocals. Danny relocated to Albuquerque New Mexico in 89 and started a three piece hard rock band “Nite Wolf”

Press & Awards: Artist Rack Spotlight Artist: 7/20 “Danny Vash is a talented artist and bonafide rock and roller currently based in Albuquerque, New Mexico. He has been taking the local music scene by storm, and he has also been building a strong online following by releasing some quality bangers, including his most recent studio project, Judgment Day. This song is a perfect example of Danny’s remarkable stylistic approach, and it is a strong insight into his ability to set the bar higher with some amazing arrangements and a great recording that’s so timeless and diverse. The track also serves as a fantastic example of Danny’s excellence as a studio musician. He plays guitars (electric and acoustic), bass, and can do some amazing lead vocals, perfectly suited to pop, rock, alternative music, and many other production styles, given the fact that he is so versatile. He is also an excellent songwriter, and this track is an example of his creative vision.”

8/20 “Congratulations Danny Vash! Your music you submitted has been accepted! Welcome to Saber-Bytes Music Library”

Danny Vash Quote “Nothing worthwhile comes easy. Music takes hours of hard work and dedication and if you aren’t up for the challenge you won’t be successful. If you think you can you will? Believe in what you do and be passionate about your style and your sound. Learn from others, but use what you learn to develop your own sound and style. Don’t sound like someone else. Try to have a unique sound and style.”