Today Final Coil take one last look back over their collective shoulder to the album, The World We Left Behind For Others, as a new lyric video for the song 'Empty Handed' premieres with Portuguese webzine Underground N' Proud. The song is one of the most direct and powerful on Final Coil's remarkable second album and fully deserves its turn in the spotlight.

"Empty Handed is taken from our second album, The World We Left Behind For Others, which, mixing biography, history and literature, is a concept album detailing the social pressures that emerged in the wake of World War II. Told in flashback from the point of view of an elderly woman upon her deathbed, the album is related via snapshots of her life. The songs detail a turbulent relationship with a husband altered beyond recognition by the horrors of the Second World War; his descent into alcoholism and his sense of isolation as the society, in whose name he fought, embraced an internationalism he could not understand. In ‘Empty Handed’ their relationship broken, she is shunned by a conservative society for abandoning a perceived hero, and left to fend for herself. It seems remarkable to me that it’s possible to reach out to, and be denied by, a charitable organization on the basis of social or cultural differences, but that sort of thing happened (and still happens) all the time. If a person needs help, it should not matter what race, colour or creed they are; but far from society becoming more open and more tolerant, it seems more isolationist than ever and it breaks my heart to see people retreat to familiar groupings rather than support those in need. It’s a universal problem, as applicable to the plight of refugees and migrants as it is to that of an individual, and I think a lot of the rage in the song comes from seeing how certain groups, who should be seeking to do good, are so blinkered to the needs of those whom they perceive to be ‘others’. It’s an angry song, much more straight forward than many of the tracks on the album, and it’s a blast to play."

If you've already discovered the revelatory wonders of The World We Left Behind For Others this is another chance to bathe in the brilliance of one of the album's finest songs. If you've never encountered the music of Final Coil before, let 'Empty Handed' be your doorway of discovery. Either way, head to Underground N' Proud now and enjoy the new lyric video... 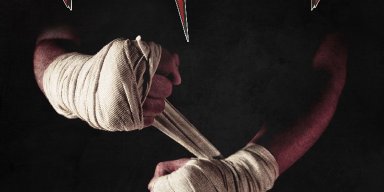 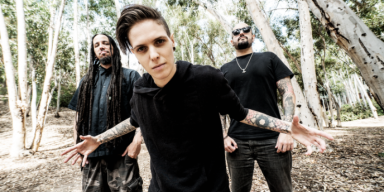 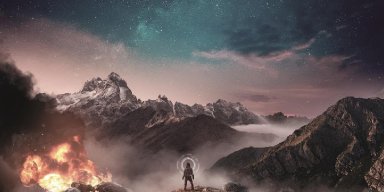