Is Slayer breaking up over politics? I am not stating that I have any proof, I am not making any claims, but I am curious and wanted to ask the question to the fans on the inter-web. Am I the only one who has wondered this?  Over the past few years, unless you live under a rock, I am sure you have noticed the political climate of the world becoming more and more volatile.  This volatility has been hyper charged due to media in all forms, but especially social media. I am sure many of you have lost friends and even lost relationships with family members over political differences. I know I have.  It just seems to be the new norm, and I am not condoning it at all. Personally, I think it is a very sad situation, but it is what it is.  I don’t see it changing anytime soon, so I guess we just have to learn to adapt and move on.

That being said, I have noticed a few things in the past few years about one of my favorite bands, Slayer.  If you scroll back to 2016, you can find articles with Kerry King discussing politics and obviously leaning left, sounding very liberal.

The outspoken guitarist told Rolling Stone : "I'm certainly not a political analyst, but I think that Hillary Clinton is the safe, correct choice. Trump is just a sideshow. I'm not even going to apologize to all the Trump followers. I think the reason he's so popular is because he's like the politics version of WWE. He's sensational like wrestling and that's why middle America loves him. He's the biggest liar I've ever seen in politics. I mean, most of them are liars, but he just outright in-your-face lies."

King's words were echoed by his SLAYER bandmate, Gary Holt, who described Donald Trump as a, "serial liar" who refused to disavow former Ku Klux Klan Grand Wizard David Duke. King said, "People might think some of the things he says, but you can't have a president calling Rosie O'Donnell a 'fat bitch.' [Laughs] It's, like, dude, do you even hear yourself? He won't even condemn David Duke's support. He pretended he doesn't know who he is. I'm a fucking headbanger who's done more drugs before getting sober than most people have ever seen on TV, and I've been drinking since I was 17, although in recent years much less, and I know who the fuck he is. Donald Trump is running for president and he [doesn't] know who the former grandmaster of the KKK is. That was your moment, Donald Trump, to say… you know, to condemn the man, basically, but you pretended you were just ignorant of who he was, because you don't want to fuck with that vote. There are some fucking hillbillies out there who you want voting for you."

King also said, "I never used to wake up and watch CNN, but I do now — just to see what fucking idiocy this guy's said that day. It's not even weekly. It's f*** ing daily." Drummer Paul Bostaph agreed, calling Donald Trump, "the biggest joke I've ever seen in my life."

Then, in 2017, it almost looks as though Tom Araya takes a different side, making an Instagram post of a poorly Photo-shopped photo of Slayer "hanging out" with Donald Trump. Then, according to Tom, the photo mysteriously disappeared. He re-posted the photo with the following caption: 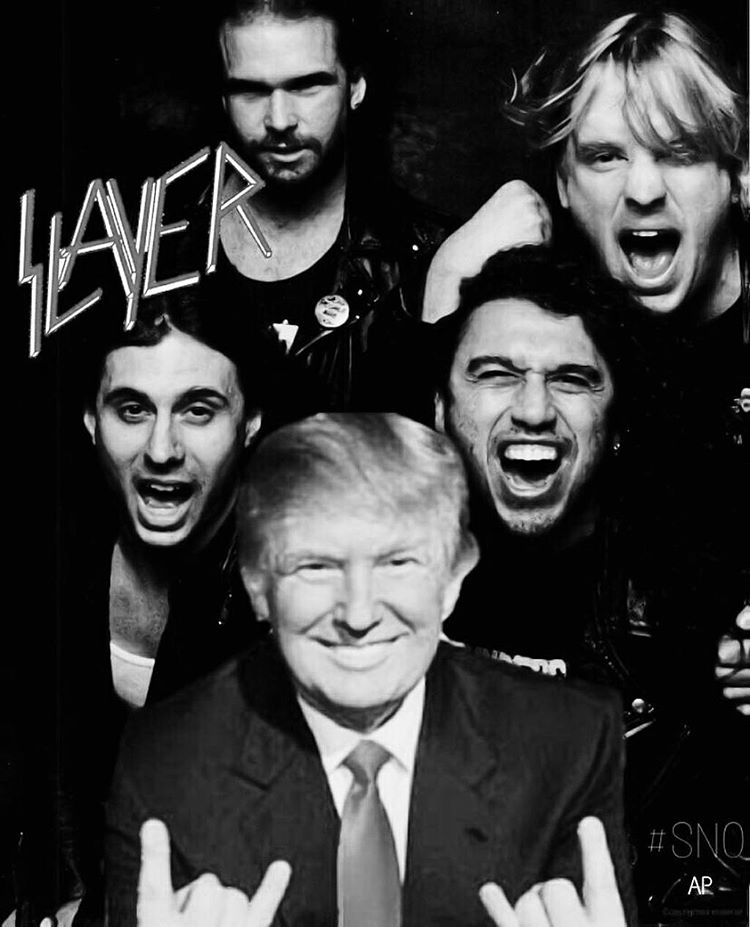 “Believe it or not this picture was posted by me Tom Araya on 1/20 cause I thought it was funny … I was amazed at the comments about the picture some positive some negative more amazing was in 2 hours there was 10,000 likes … But i never would have guessed that there where so many snowflakes commenting their distaste for the new president. Like him or not he is the president … woke up the next morning and found someone had deleted the post … can some one please explain why…?”

Rolling Stone reached out to the band and Slayer, collectively, released the following statement:

"As was verified by Tom, this was his post, is not something the band would have posted if asked, and does not belong on a Slayer social page. We all have our personal opinions, some of which we have voiced in the past, but Slayer has never endorsed any political party or any candidate, and the band intends to keep it that way."

In an interview with Snowboardmag .com, Kerry King spoke about writing a Slayer song in response to President Donald Trump.

King was asked during conversation about how he uses his band for political reasons regarding the group's posting of a Trump photo earlier in the year. He made it clear he didn't stand with the President.

"I think Trump is a more individual ideology, for sure," King says. "The band, you know, whenever I try and address political songs, which we do, I can’t say we don’t, but I will base it on the U.S. Government because that’s the government I know, but I try to make it vague enough so that anyone in any country can relate to it. I hate my chancellor, or, I hate my prime minister, I hate my government, I try to make it so that anyone can get something out of it, because if it was pinpointed at America, only Americans would love that song – or hate that song depending on what I say in it. I have one on the next record that is basically about Trump’s nonsense, but it’s really going to be about the Republicans just f--king things up."

He was then asked whether or not he finds the group's lyrics as an emotional expression or a call to action. "It could be both," says King. "I mean, a call to action would be something like 'Take Control' off of the last record. And that’s one of those unifying statements where I say, 'We will take control.' That’s not just us, that’s everyone. I expect for the people that are in the crowds to sing the lyrics at us for that to be a big line."

In another interview, Araya said the reaction to the picture was from a, "nation of crybabies."

“That’s what America has become," he said. "It’s become a bunch of people that… because they didn’t get their way, they’re mad. I shared a picture that I thought was funny. They can’t even joke. They can’t even laugh at themselves. They can’t even have fun. And that just is amazing that it’s come to that. We’re a nation of crybabies.”

It's important to note that Araya didn't support Trump, either, later saying in that interview, "I didn’t vote for Trump and I didn’t vote for Hillary [Clinton]. Those are two people that are the furthest from… that I would ever vote for," so it wouldn't be a stretch to hear Araya singing against Trump.

So, at this point, you would start to think maybe it is no big deal to them and they can likely handle having differing opinions on politics.  Many people are able to co-exist and get along fine when they have other things in common such as music.

Then, in 2018, Slayer plans to call it quits with a farewell tour. In a video posted on its YouTube page, iconic metal band, Slayer, teased that it's going on a, “final world tour” before “the end of days”—implying, in less apocalyptic terms, that the band is calling it quits. Jan 22, 2018

So, what happened to that next album featuring the song about Trump? Maybe Kerry King will release it in his next musical project, or maybe it will be forever forgotten. Who knows? It does seem strange to me that when things seemed to be going pretty well for the band that they would decide to call it quits all of a sudden. Maybe they are just tired of doing it. Gary Holt has no plans to stop making music and will go back to Exodus and continue on with them.

Kerry King’s wife posted on her Instagram, “Kerry just heard the news about Slayer’s farewell tour! He sprouted horns! 🤣😈He says not to worry, you’ll always get music from him.”

That statement in itself is strange and gives the impression that the band members do not communicate very well for whatever reason.

Not sure what Paul Bostaph’s plans are after Slayer, but Tom Araya seems to be the one that wants to retire and it seems likely that the other band mates may not be on the same page.

Recently, Tom Araya sparked controversy and ruffled the feathers of his fans yet again.

On his official Instagram account, the 57-year-old Araya posted a meme illustrating the differences between conservatives and liberals.  The meme was meant to highlight the supposedly extreme responses that liberals have in response to certain hot button issues. Example: “If a conservative is a non-believer, he doesn’t go to church. A liberal non-believer wants any mention of God and Jesus silenced.”

Araya posted this list with his own note which stated, " With all the crazy shit going on I have to ask.   I sit on the fence of reason. Comments an [sic] opinions welcomed.”

So far, the post has generated nearly 2,000 comments, including one from Araya’s own bandmate, Gary Holt, who wrote, “Too bad red states take more in aid than anyone and the meat industry and dairy are fighting the use of the word ‘milk’ such as soy milk, as if anyone with a brain would confuse the two, per the vegetarian part…Not to mention any critical comment on our current president is met with fury, not laughs.” 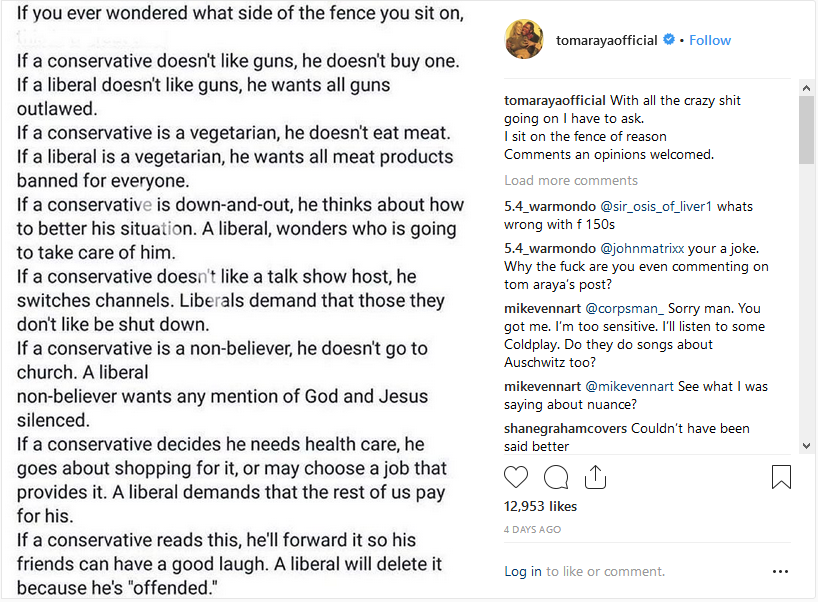 So, what if Slayer is actually breaking up over internal political differences? What if Slayer got together and decided they wanted to go out with a bang and do one more tour? I don’t mean any disrespect to Slayer, and I am not trying to say that I know this to be the case. Slayer is one of my favorite bands. I still love Tom Araya as a singer, regardless of how much I disagree with his posts and his political stance. I just can't help but wonder if all of these posts and articles that I have been seeing over the last few years point to issues within the band, perhaps of a political nature. I f that is the case, it is truly sad.  More than anything, though, it makes me think about how much we have all become divided over the last few years, especially due to politics. Let me know what you think in the comments.

0
comments powered by Disqus
You May Also Like
SEBASTIAN BACH Plans To Commemorate 30th... 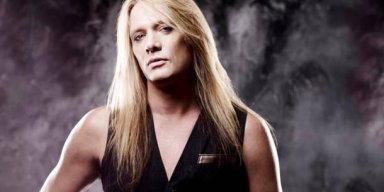 Comments Likes
SHARON OSBOURNE On OZZY: 'I Don't Trust Him As Far... 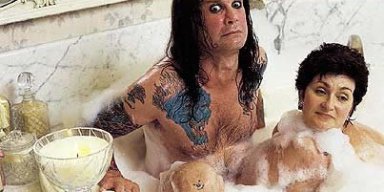 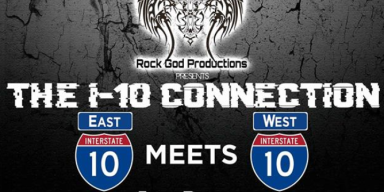 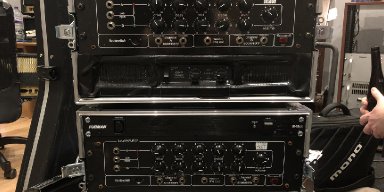 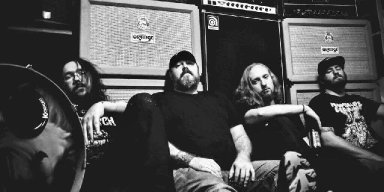 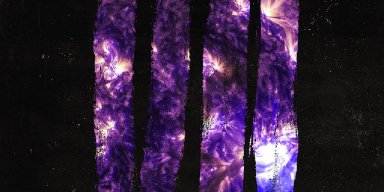 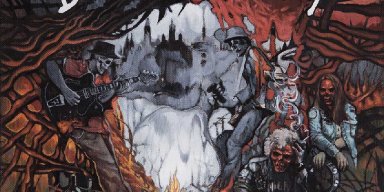 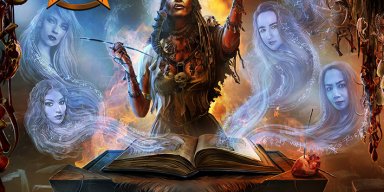