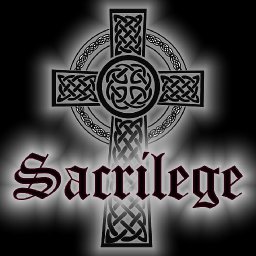 Bill Beadle is the founder member and Lead guitarist/Songwriter and vocalist of 80s Heavy Rock band Sacrilege. Now back writing again and working on new material. In the 80s we played many venues such as the old Marquee in Wardour St. London, also played on the David Jensen show with U2 and the Stranglers. From the TV appearance followed a UK tour of smaller venues finishing with that Marquee gig. We always had a stage show no matter whether it was a pub, club or festival. Fans might remember the real Long dry grass we had all around the stage, the cobwebs over the drum kit,the explosions, dry ice and 4x12 cabinets with crosses and smoke pouring out of them (not the norm for a small Pub Gig!!).

Having returned around 5 years ago, Sacrilege have been busy touring around Europe and recording the album "six6six" in 2015 on Pure Steel Records.  We are currently recording our 7th studio album "Court of the Insane" which we expect to be released in Summer 2018, before touring around the UK and Europe.  The current line up is Bill Beadle (vox/rhythm guitar), Tony Vanner (lead guitar), Jeff Rolland (bass), Neil Turnbull (drums).

We are honoured to be selected as Metal Devastation Radio's Band of the Month for February.  If you want to hear more, visit us at www.sacrilegenwobhm.com https://www.facebook.com/Sacrilegerock/ https://www.reverbnation.com/sacrilege

Thanks for stopping by.  We hope to see you very soon.

@sacrilege Posted an update
2 years ago
Hi all - we're honoured to be chosen as Band of the Month for February on Metal Devastation Radio. You can find out more about us here, and we'll be adding things as we go, so please feel free to come back!