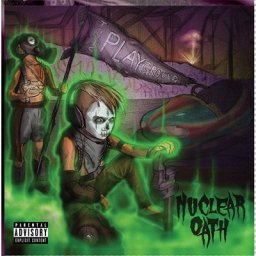 Nuclear Oath is a five-member groovy, heavy, sludgy, intense, and interactive metal wrecking crew from Medicine Hat, Alberta. Influenced by such bands as Panter a, Slipknot, Sylosis, Lamb of God, and Avenged Sevenfold, they will be releasing their new album ‘Toxic Playground’ this summer 2017 to follow their debut EP 'Ashes of the Unborn'. The album features such soon to be classics as ‘Into The Depths of Hatred’, ‘Razor Blade Regrets’, Forsaken Wasteland’, ‘Faith Let Go’, ‘Ambushed’, and ‘Sacrifice The Fallen.’”

“We believe the album as a whole should captivate our listeners as we believe it showcases a good creative mesh of all our individual influences from track-to-track. We are here to fucking DESTROY! You can expect even more music in the future after this upcoming LP as we are constantly working on new music.” the band comments.

Their forthcoming album 'Toxic ' will take the listeners on a journey inspired by the band's personal experience and struggles combined with intense energy. They hope each individual who listens takes something different from the band.

"We feel it is an aggressive album from start-to-finish, which generates different emotions as the album progresses.”

Live Nuclear Oath takes absolutely no prisoners! They own their mosh pit, being extremely interactive, inviting fans on stage, and going into the crowd. The moment they start playing, the don’t stop moving. 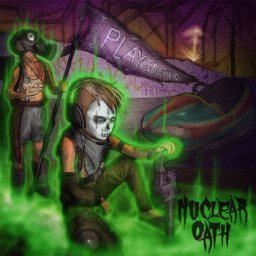