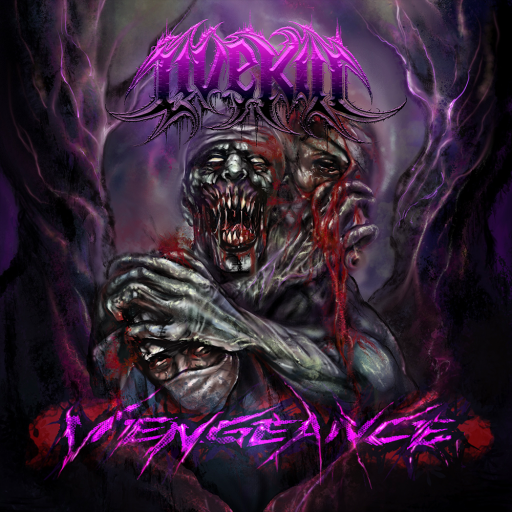 Skillfully blending alternative metal with hardcore styles, Southern Florida’s  Livekill  are set to showcase their talents on the bands upcoming EP  ‘Turned To Grey’  due for release September 28 via SWOL. With the EP’s leading single of the same name garnering a wealth of attention, the band have dropped a second offering entitled “In This Moment”, which caters to display their intense, high-energy performance.

Having enlisted the directorial talents of Alex Morgan ( Whitechapel ,  Gojira ,  Bad Wolves ) for the music video, guitarist  John Snell  shared that he had “ reached out to Alex Morgan to do this video because of his great work with  Daath ,  Chimaira  and  Gojira  and his extensive knowledge in the world of metal music. We are looking forward to hopefully working on our next video with him! He really made this fun and brought out a great live performance in us.”

However, while they were excited to get to work, the lineup, consisting of  Carlos Guerreros  on vocals,  Sean Young  on lead guitar,  Anthony Laurella  on live drums (and in the “In This Moment” video),  Gil Giberga  on bass and  John Snell  on rhythm guitar, were met with some unforeseen challenges. Snell continued,

“I had rented a pretty amazing white wall studio full of everything we needed to make a great video. On the day we were supposed to film the video, the owner of the studio told us that he had rented the studio to someone else that day! So, I made a few phone calls and literally within 30 minutes, I was able to secure a new location.”

After what might be considered a blessing in disguise, Snell said,

“We walked through the space and found a section with metal framing that had not been completed, and right then Carlos our vocalist came to me and said, “you know this is pretty badass because the song is about being trapped in your mind, feeling trapped with nowhere to go”. The framing gave off a feeling of being in a cell, which really brought out the conceptual meaning behind the song.”

Mixed and mastered by Alistair Sims of MOTTO Sound ( Rush ,  Three Days Grace ) to capture the true essence of the band, Livekill honed in on every detail of their EP with meticulous detail, right down to the record’s artwork by the renowned Eliran Kantor who has previously been employed by acts such as  Testament, Soulfly , and  Sodom . The album features seasoned drummer  Kevin Talley  ( Daath ,  Chimaira ,  Suffocation ) on drums.

Livekill’s ‘Turned To Grey’ EP is currently available for pre-order via   Amazon ,  iTunes , and  Google Play . It will also be made available to stream via Apple Music and Spotify upon release.