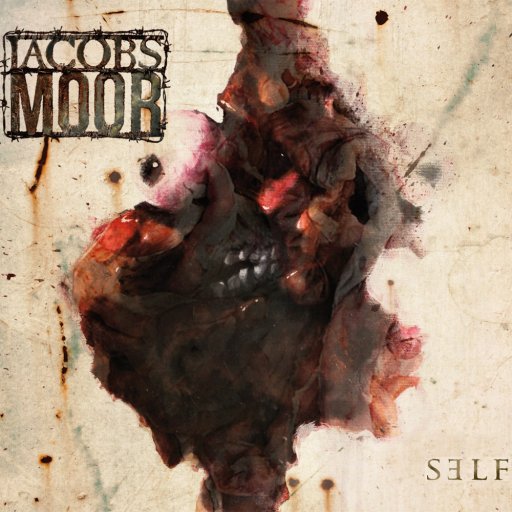 The Austrian band Jacobs Moor was founded by Richard Krenmaier, Johnny Sommerer and Rainer Lidauer. Richard Krenmaier is already well known by metal fans throughout Europe as the singer of the Power Metal band Stygma IV.

In autumn 2013 the trio finished producing their debut album “All That Starts”.

At the same time the live line-up was completed with Johannes Pichler and Rupert Träxler on guitars and Stephan Först on bass. Rupert and Stephan are already well known in the mid-European Progressive Metal scene through their work with Circle Of Illusion (www.circleofillusion.com). The band produced their first video of the song „Faceless Man“ which was filmed and edited by René Huemer (www.renehuemer.com) who is also Jacobs Moor’s live-photographer.

After months of rehearsing the band played a highly acclaimed album-release-concert in Upper Austria and began building their fan community. Some live videos can be found at www.jacobsmoor.com under “VIDEO” or on the band’s YouTube channel.

In June 2014 Jacobs Moor have signed an online distribution deal with Bleeding Star Records. „All That Starts“ is available on iTunes, Amazon, Spotify and almost every well-known online store worldwide. The CD can be ordered in the band’s webshop http://jacobsmoor.bigcartel.com/.

“All That Starts” got great reviews all over the world, check them out at www.jacobsmoor.com under “PRESS”.

In February 2015 Jacobs Moor got honored with an Austrian Newcomer Award and played at the award presentation in the big music theatre in Linz. Besides many club gigs the band supported the legendary US-Thrash/Speed Metal pioneers Flotsam And Jetsam in Vienna.

In November 2015 “The Evil In Me” has been released, an EP with two new songs and four live songs, which were recorded at the live-debut/album release concert in April 2014. The EP was introduced to the fans at three concerts; both new songs are already available as live videos on YouTube, BlankTV or in the video section of the band’s homepage. “The Evil In Me” has got very good reviews worldwide again.

In 2016 Jacobs Moor have only played a few concerts because recording and producing the 2 nd longplay album was the main goal. Besides working on the upcoming album, the band has released their first “real” music video of the song “New Tomorrow”.

In spring 2017 Jacobs Moor have finished producing their 2 nd longplay album “Self”. The album has been produced by the band members themselves again, mastering was made by Tony Lindgren at Fascinationstreet Studios in Sweden. Tony is a well-known mastering engineer in the Metal scene, he has a lot of great credits, for example James LaBrie, Kreator, Leprous, Paradise Lost and Sepultura.

The album sounds awesome, cover artwork and photos reflect the dark, energetic and aggressive vibes of the music. On September 15 a lyric video of the song “Watching Atrocities” - the opener of the new album – has been released.

Jacobs Moor’s 2 nd longplay album “Self” has been released on October 20 and is available in the bands webshop. So far “Self” got even better reviews than the debut album and the last EP.

In autumn 2017 Jacobs Moor have been touring Austria’s club scene to promote the new album. In spring 2018 the band will continue touring and promoting the new album.