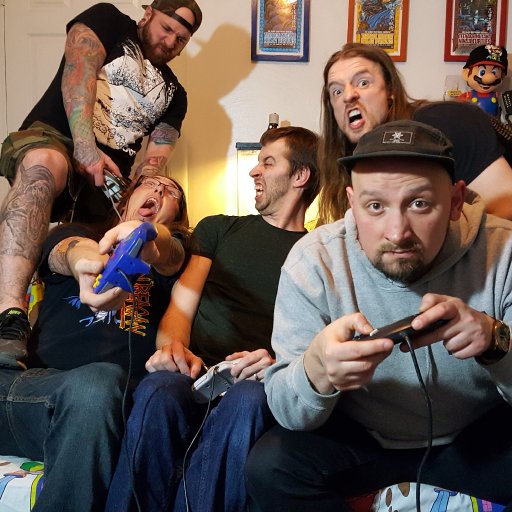 Click Here For Help Streaming On Chrome
joined December 12, 2017
Greywalker is an american melodic death metal band from Pittsburgh, PA. In early 2015 they recorded a new album titled "Beyond All Mortal" with Matt Very at...

In early 2015 they recorded a new album titled "Beyond All Mortal" with Matt Very at Very Tight Recordings and self-released it June 30th 2015.

In the past 2 years Greywalker have built a reputation for their relentless live performances and have shared the stage with bands such as Suicide Silence, Nile, Dark Tranquility, August Burns Red & Darkest Hour.

They we're named the "2nd Best Metal Band" in both the 2015 and 2016 Pittsburgh City Paper Readers Poll's and they took home the 1st Place award at the 2016 Brewtal Beer Fest for their beer collaboration with Penn Brewery & Maggie Farm Rum.

In 2017 some of Greywalker's music was transcribed to a 16-Bit format and used as part of the soundtrack to "Coffee Crisis", a video game manufactured for the Sega Genesis by Mega Cat Studios in collaboration with Black Forge Coffee House. Excerpts from the Coffee Crisis soundtrack were also released on 7" Late Cut Records cut by FFRecords.

Greywalker are currently playing shows in support of "Beyond All Mortal" and working on new material for 2018.