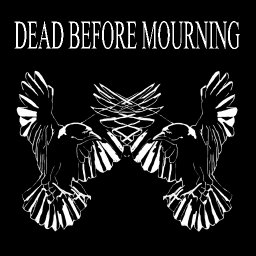 Timeline
Surrey England   joined February 16, 2018
Tenacity. Determination. Resolve. Dead Before Mourning from Surrey, England are defined by these words and more. Juggling the world as you do, journeyman...

Read Full Biography
Biography
Tenacity. Determination. Resolve. Dead Before Mourning from Surrey, England are defined by these words and more. Juggling the world as you do, journeyman frontman and guitarist Matt Hockham and the insanely talented drummer Steve Ebsworth came together in late 2012 to work on a shared path, one of pure metal. It was not long before the DBM ethos and direction were firmly decided on, and the incredible Dom Harvey was added on lead guitar. Pat McGarvey on bass soon followed within months to complete the line-up.
DBM recorded a 3 track demo in early 2013 and set out on the gig circuits of London and the UK. 2013 and 2014 were spent gigging, writing and rehearsing. During this the lads quickly recorded four new songs for an E.P. entitled ‘The Storm’. The Storm was released in 2015 and was well received by the fans (now known as ‘Mourners’). 2016 saw the band do fewer gigs and instead focus on writing as much as possible. A line-up change was on the cards and in March 2017 thundering Stephen ‘Gus’ Mussett was welcomed into the fold to replace Pat McGarvey on bass. With Gus on the bass the new sound and foundations of DBM’s backline were set in heavy metal stone.
The journey that would eventually become their debut album ‘Killing Time’ started on the hottest days of summer 2017. The lads chose to work at Barnstorm Studios with engineer and co-producer Rob Barry. 9 songs were chosen from their now extensive song list and the drums began to pound. After 7 months of hard graft Killing Time is now mixed and mastered. Pounding rhythms, shredding guitars, angry and honest vocals mixed with haunting melodies are the sound of DBM’s Killing Time.
Killing Time is now being readied for release on all formats and is due out 1 April 2018. Numerous 2018 UK dates are also being scheduled in support of the new album!