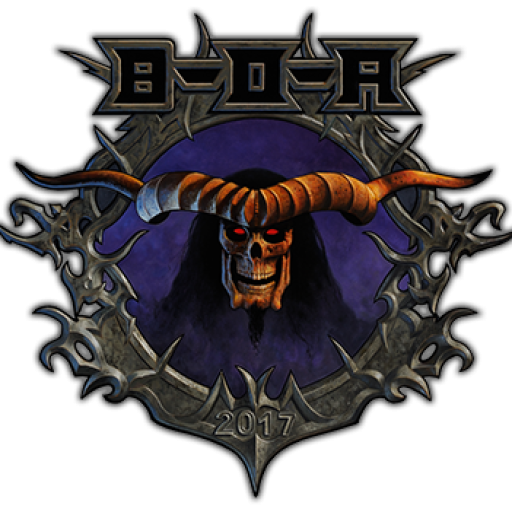 Bloodstock Open Air is an English heavy metal festival held annually at Catton Hall in Walton-on-Trent , Derbyshire , since 2005. Bands that have played at the festival over the years include Twisted Sister , Saxon , Mastodon , Gojira , Behemoth , Slayer , Anthrax , Cannibal Corpse , Venom , Trivium , Rob Zombie , Emperor , Alice Cooper , Motorhead , Kreator , Amon Amarth , Megadeth , Testament , Exodus , Immortal , Morbid Angel , Machine Head , Lamb of God , and hundreds of others. Originally on one stage only, the festival expanded to incorporate a second stage in 2006. Known simply as The Unsigned Stage, it was designed to provide a platform for the next generation of metal talent to reach a wider audience. In 2010 it was renamed The New Blood Stage.

2007 saw further expansion with the addition of a third stage, originally called The Lava Stage which in 2009 became the Sophie Lancaster Stage. In 2010 the capacity of this stage was increased and it became the festival's second stage. This second stage is also used by The 4 DJs Of The Apocalypse, who provide DJ sets until the early hours of the morning.

Bloodstock Open Air was conceived as an extension of the original Bloodstock indoor festival which ran from 2001 until 2006 at Derby Assembly Rooms. After an amicable parting in 2006 with his business partner Vince Brotheridge, in 2007 Paul Gregory brought his daughters and son Vicky Hungerford, Rachael Greenfield and Adam Gregory on board as directors. "It was an obvious move for me," he explained, "as all of them had been working on the festival from its inception. They have brought their talents to the fore as the festival’s continued growth is very much due to their commitment."

In 2010, Heaven & Hell was scheduled to headline Bloodstock Open Air, but pulled out due to the death of singer Ronnie James Dio . The main stage at the festival was subsequently renamed as the "Ronnie James Dio stage" in tribute to him.