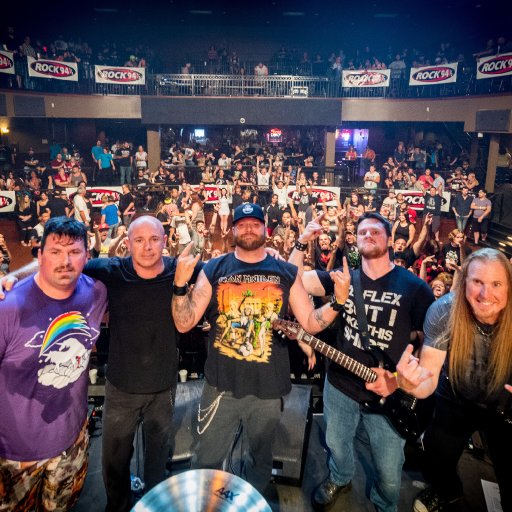 Arisen From Nothing
@arisen-from-nothing
joined December 19, 2017
Seattle has long been a melting pot of great music, a veritable cauldron of creativity. Seattle has given the world bands of the diverse caliber of Heart,...

Read Full Biography
Biography
Seattle has long been a melting pot of great music, a veritable cauldron of creativity. Seattle has given the world bands of the diverse caliber of Heart, Sanctuary and Soundgarden. It is a place where aural alchemy is real and bands know they are in a magical place to create music.Such a band is ARISEN FROM NOTHING, even their name is powerful, conjuring forth images of the phoenix in the flames; a potent symbol of strength and rebirth.Inspired by Lamb of God, Five Finger Death Punch, Disturbed, Killswitch Engage, guitarist Troy Elmore describes ARISEN FROM NOTHING’s sound as “aggressive, driving, groovy, powerful, brutal.”He is stoked for fans to hear AFN’s new EP “Broken”, which draws inspiration from the state of the world around us and is a strident call for unity.

“There’s a lot of subject matter fans should be able to relate to so I’m hoping it will be received well. Fans will appreciate the new AFN sound, and new direction the band is going in. We wanted songs that had moments of musical complexity but maintain a groove that gets your toes tapping and your head banging.”

“You can expect a high energy show and a band that is accessible. Hanging after the gig with friends and fans has always been part of what AFN is about and we feel it is important to let them known how much they are appreciated. Life is a busy thing for most folks so when they choose to spend their time and hard-earned money for a night out, the least we can do is give them the best show possible…People can expect to see a very in-your-face, tight and aggressive performance, we are confident we can walk onto any stage and deliver a performance that fans will not forget.”

“Broken” is due out September 29, 2017 via Collective Wave Records.

Album and Track by Track explained by the band:

As a whole we would describe the album as our own twist on modern heavy metal, doing our best to deliver an element of groove that you can bob your head and tap your foot to, while remaining aggressive and fast enough to windmill and mosh to. Rich melodic choruses, a lot of underlying melody in the riffs and solos, and drums that you feel in your chest.

1. Chaos – This song was always meant to open the album due to the long string intro that starts the song, the song isn’t very fast but has a groove element and lyrical content that we felt should be the first thing people hear. It has small amounts of all the new sounds the band has evolved into.

2. American Patriot – This is quite clearly our “patriotic” song, its quite a bit faster then the opening track and a bit meaner. The first track doesn’t have any actual main solo, this track has a long solo that goes with the theme of the lyrics, funny enough that wasn’t intentional at all.

3. Better Off Dead – This is actually the first track written for the EP, this song starts with a simple synthesizer melody as the drums build up and the first riffs hit. The goal behind this song was to create something that was aggressive and in your face but didn’t lose it’s sense of melody.

4. Falling From Grace – This song was the fastest song written from a compositional perspective, the rhythm and lead guitars, bass and drums were finished in 3 days. This song was intended to just be a good old fashioned “rock” style metal song. Nothing too fancy going on, just some straight ahead fast riffs, intense drumming and a good solid vocal melody on the chorus. This is the second fastest song on the album, clocking in at 185 bpm.

5. Born Hated – This was the very last song written for the EP and definitely the fastest at 212 bpm. With a name like “Born Hated” it’s safe to assume this is the most “metal” song out of the 5. This track was written only a few weeks before hitting the studio. This one has a lot more fast single note riffs and heavy double bass drumming. As soon as it was finished we knew it had to close out the album, we wanted to end with a bang and we felt this song fit that goal.