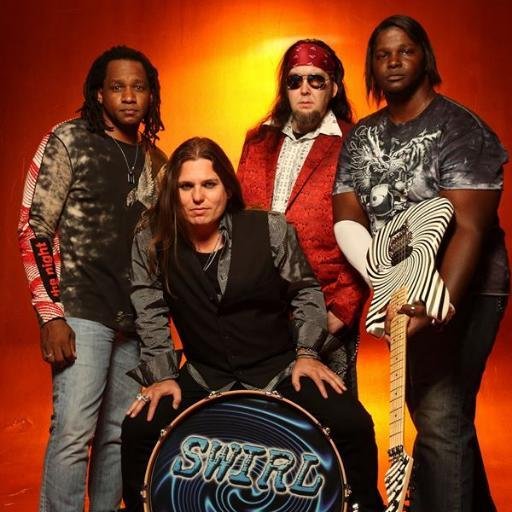 Swirltheband
@swirltheband
Temecula/ Pasadena, CA   www.swirltheband.com/   joined March 25, 2018
California rockers Swirl have kicked off the new year with a new song called "The Lift" which has reached #1 on Indie rock radio in the US and #4 on Banks...

California rockers Swirl have kicked off the new year with a new song called "The Lift" which has reached #1 on Indie rock radio in the US and #4 on Banks Radio Australia in just the first two weeks of 2018.  "The Lift" comes to you fresh on the heels of a very successful 2017 campaign for the band`s 7 song EP titled 'SWIRL', of which the band has 3 songs featured in the award winning movie 'Ditch Day'. This film stars Emmy Award winning actor Bill Oberst Jr. This film took home the "Best Feature Film" Award at the Burbank International Film Festival.( http://thefilmditch.com/music-artists/ ). The songs are "Rise Up", We Are Alive" and "Spell".

With the release of "The Lift" press is now coming in from all over the globe. In addition to North America, there is a significant rise in global presence for Swirl in the form of reviews, interviews, airplay and "Band of the Day/ Week/ Month" honors. Japan, Greece, Germany, The Netherlands, Canada, France, The UK, Bangalore, Italy, Saudi Arabia, Spain, Scotland and more are all favorably picking up on the Swirl sound. Click here ( http://www.reverbnation.com/socalswirl/press/ ) or the "Global Press" button on the homepage of the Swirl official website to see what the buzz is all about!

Guitarist "DT" explains "After a successful first ever crowd funding campaign through the Swirl Go Fund Me page ( https://www.gofundme.com/launch-new-music-by-swirl-the-band ) the band entered the Granted Records studios to track the first new song since the 'SWIRL' EP. The result of those sessions is the new song titled, "The Lift". The story behind "The Lift" is as incredible as the story behind its creation. Both will be told in the coming months as "The Lift" is promoted."

Singer Alfred Ramirez offers this regarding the song;

My personal Lift was given to me by "The Minor Goddess" who lifted me out of a depressed and stressed out anxious time in my life. Thank you MG! "Your words will always stay with me".

Featured songs are "Mad Disease" & "We Are Alive"

@swirltheband Posted an update
2 years ago
Just sending you the most sincere THANK YOU for allowing Swirl to be the band of the month for June 2018! It was an honor. We hope this is not the end of our budding relationship!
See ya at the Top!
All our best all the time,
Swirl