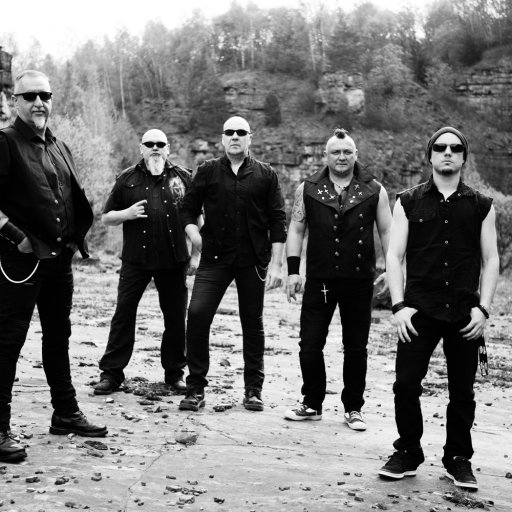 Born in 1983, DRAKKAR, a Speed/Heavy Metal Belgium Band, recorded in 1987 a demo tape under the artistic direction of Rudy Lenners (ex Scorpions’s Drummer). In 1988 The Mythical «X-RATED» Album also produced by Rudy Lenners, was released and  acclaimed by fans and medias.

Live performances followed as support act of bands like Queensrÿche/Metallica, as well as Overkill/Slayer during their European tours.

Like many other young bands, musical divergences makes the Band split...

In 1999 Drakkar came back with a brand new EP including five tracks. It gave the band the opportunity to get back on the little revival for a year.

But it’s in the end of 2011 that DRAKKAR made his serious «Come Back» with a new line-up (3 guitarists). In the beginning of 2012, «X-RATED» – the mythical album from the band – was released once again with some of new features as a new mastering, a new artwork and two new tracks recorded in a studio. The «Alone» Track was re-recorded and this resulted in a video clip. Youtube link to the video clip :

In October 2014, DRAKKAR published their brand new long-awaited album «ONCE UPON A TIME IN HELL» including 14 tracks with a new video clip for their single called «LOST»: https://www.youtube.com/watch?v=pRPzNV_ plg4 with the PRO PAIN dummer, «Jonas Sanders» as session drummer.

in 2015, an unplugged version of «KING OF SHADE» (from X Rated album) is recorded for a new video clip:

YOU CAN WATCH ALL YOUTUBE VIDEOS  BY TAPPING «DRAKKAR BELGIUM»

In 2016, the Band brought out a LIVE album entitled «Once Upon A Time Hellive». 3 videos, from this Live Album were posted on YouTube...

BUT in  the middle of April 2016, a tragic event marked the «Drakkar Family» : Thierry (one of the three guitarists and original member) on a way back from a Festival, passed by because of a heart attack. In overcoming this tragedy and in his memory, the band decided to continue the adventure with the 5 remaining members.

In 2016,«Adrien» (the Orignial Drummer’son) became the Official Drummer of the band. Meanwhille, our bassist, Tytus decided to leave the band for personal reasons. DRAKKAR got a new one : «HUMUNGUS»  ! ! !  The Band is still ready to take the World ! The «DIABOLICAL EMPATHY» new CD would be ready for release in June 2017.

@richydrakkar Posted an update
10 months ago

@richydrakkar Posted an update
3 years ago