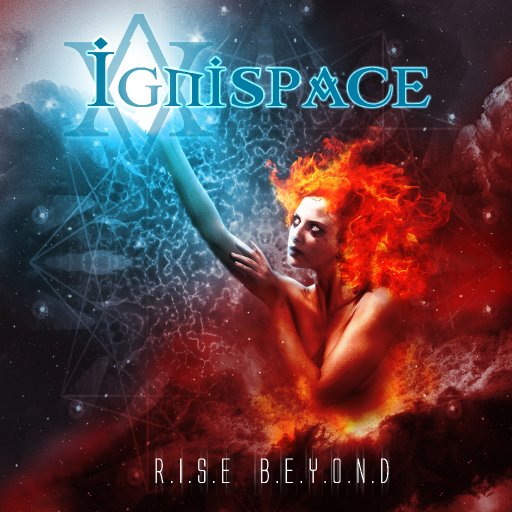 Inspired by the idea of ​​having a female voice, they decided to start composing songs that blended weight, melody and that were above all, accessible to as many people as possible, going against all the more complex aspect addressed by their previous projects.

After a few meetings, the synergy was immediate and they discovered that Larissa was not only an excellent vocalist, but also a great songwriter and lyricist, so the first songs were soon born and to record them, they needed to complete the line-up, being invited to the position of drummer Thiago Siqueira, also long-time partner of Romani and Benato.

Merging the weight of the metal with electronic sounds that refer to the different influences of its members, IGNISPACE releases its first EP titled "Rise Beyond", composed of 3 tracks that demonstrate the perfect balance between aggressiveness and melody proposed by the band.