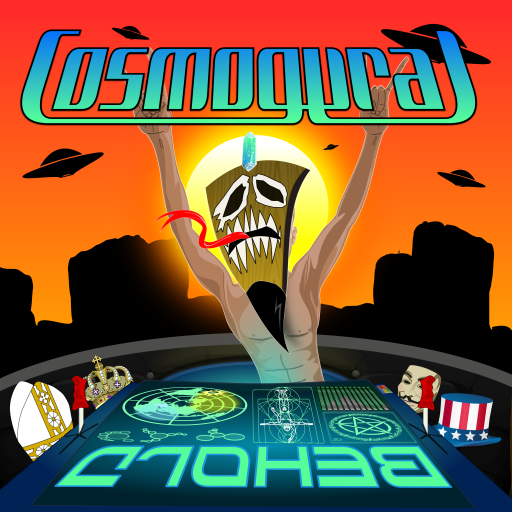 Click Here For Help Streaming On Chrome
Ft. Lauderdale, FL   www.cosmogyralofficial.com   joined July 17, 2018
OOriginally formed in 2014, the band decided to forego the traditional route of playing gigs until they had an offering for the masses. Now, with the...

OOriginally formed in 2014, the band decided to forego the traditional route of playing gigs until they had an offering for the masses. Now, with the release of BEHOLD, their debut full-length album, Cosmogyral has created 12 tracks and over 60 minutes of high-energy, groove-oriented material; they are ready to take the world of metal by storm.

Featuring speed and melody that has drawn comparisons to groups such as At the Gates, Amon Amarth and most frequently (A modern day Iron Maiden). Cosmogyral has a sound that will definitely get you moving. When it comes to songwriting, this band goes their own way. Not seeking to be the heaviest, the loudest, or even the most complex; their strategy is simple...they write the music they want to hear; planting their melodies deep within the subconscious until you find yourself humming along without even realizing it.

Influenced by the likes of Metallica's James Hetfield and Chuck Schuldiner's band Death, just to name a few, guitarist Dee Mulligan's work creates an epic landscape; he is able to fluidly weave advanced techniques into a sound that can only be described as “Intricate Simplicity”. Backed by Erik Lissabet's smooth basslines and the grooves of drummer Raffi Lamardo's accent based style, the creation is further enhanced.

Newest member, guitarist Eric Estrada, coming from a thrash background, adds to the dynamic of fast picking and soaring leads, which can only intensify future compositions. Sean Adams is the final piece of this puzzle. His range combines crushing lows, aggressive mids, and highs that cut like a knife; along with crisp and clean vocals to compliment any situation. Blending these multiple styles with vocal melodies that cascade over the music like the currents of a raging river.

Cosmogyral is a band that is all about the feel; using tempo, tone, and note selection to envelope the listener with a wall of sound and energy on each track.

Rather than focusing on personal anguish and experience, the band's lyrics instead pursue the goal of educating and informing the audience; imparting the ancient wisdom of sages throughout time, to teach valuable lessons.

Take notice and prepare yourselves, for the sonic onslaught that is...Cosmogyral.