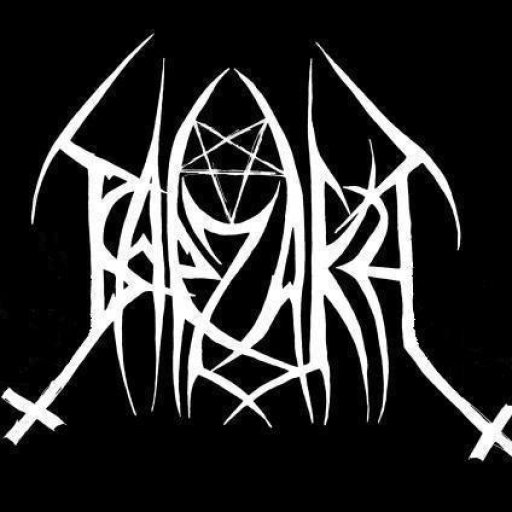 Formed this band for the first time in a joint training session consisted of three personnel namely : Kiky (Guitar/Vocals), Yusuf (Guitar) and Rony R.I.P (Drums) then get a new bass player and met Gatrik Jayabaya University in the early years 1997. At the moment we do not know much about Black Metal music because each of us is still a lot of music to listen to metal music as : Thrash Metal, Grind Core, Death Metal, and Punk, As well as each of us still keep busy with activities at the college.

Precisely on March 29, 1998, we decided to form a band and we decided to name our band BARZAKH. The flow of the music we play is a musical homage to the Black Metal and decided to spend more time listening to music more Black Metal to enter the wing and the idea for the band. For our first formation are : Kiky (Vocals/Guitar), Yusuf (Guitar), Gatrik (Bass), Rony R.I.P (Drums).

March 29, 1998, the band's first trip we started, we have not been quite satisfied to play Black Metal music then we try to add a Keyboard player in August 1998, then we add the Ally as a keyboard player for almost a year and joined the band. On 24 September 1999, Yusuf and Ally decided to leave the band and eventually be replaced by Reno as a Guitar player replaces Yusuf and we also have recorded the album in the form of promo Cassette Tape titled "Ritual Of Darkness", Then Kiky left the band on May 26, 2001, Leon joined then fill Vocal and assisted by the inclusion of Yudi (R.I.P) as a Guitar player/Vocals helped Reno. Changes in the band are very happening but does not change our attitude to record a song and then we made the first album in the form of Cassette Tape and Cd which we titled "From The Devil To Sin". July 17, 2001, Leon left the band for a long time also on July 25, 2002 Rony (R.I.P), Kiky and Yudi (R.I.P) are also more concentrated in college to finish his education and get out of the band. Not long after Andy fill the Guitar/Vocals and Adev joined the band on Drums. After October 26, 2002, Yudi (R.I.P) left the band, October 31, 2002, Andy also left the band.

One month later, exactly November 20, 2002, met with Rizal Guitar player to fill a position at a college in Jakarta to support the position of Reno, And on January 23, 2003 Agni entered as Vocals and Willy go to Keyboard position. Then we decided to record our second album in the form of Cd entitled "Heart Holy In Hypocrite". Right on May 10, 2004 Rizal and Willy left the band and we make them only as supporting musicians in the band.

January 10, 2006, Adev left the band and that's when we did not have a permanent Drummer, then we agreed to record a third album in the form of Cd with the help of software programming Drum entitled "In A Meaning The Note". After all this time did not get a drummer, In the end we agreed to look for a new drummer and we met with Arvin precisely on January 20, 2007, After Arvin joined to fill the drum a few months later Reno resigned from the band. So our personnel at this time are : Agni (Guitar / Vocals), Getz (Bass), Arvin (Drums). Arvin as our drummer had left the state that does not allow when he plays the drums so we have replaced it with a new additonal drum. The personnel for the moment is : AGNI (Guitar/Vocal) & GETZ (Bass).

And will continue to work and create to make the next album in the band.

Our music and more inspired by several bands such as :

MUSICIANS IN OUR ALBUMS

- Personnel from the first album "From The Devil To Sin" was released in 2001 :

- Personnel from the third album "In A Meaning The Note" was released in 2007 :

- Good way to heaven for our personnel who had left the band for ever that we aimed to : Rony (R.I.P) and Yudi (R.I.P). Goodbye friend and we will always remember you guys over at the band's, High appreciation we say to you.

All Hails of you and Rest In Peace brother!!!

@barzakh Posted an update
11 months ago